Volveré y seré millones (Ciudad Juárez) [I will return and I will be millions (Juarez City, Mexico)]. 2017

Text printed on canvas placed in Ciudad Juarez, Mexico, in front of the Santa Fe International Bridge, where the deportations of migrants from the United States to Mexico are carried out.
The text is visible from the US side of the border.

The phrase “I will return and I will be millions” is a political slogan of great weight in Argentina. It was pronounced by Eva Perón toward the end of her life and then adopted as a badge by the leftist branch of the Juventud Peronista (Peronist Youth group). However, its origin comes from Peru. Tupac Amaru II, leader of an uprising against the Spanish colony, in 1781, shouted it shortly before he was executed. 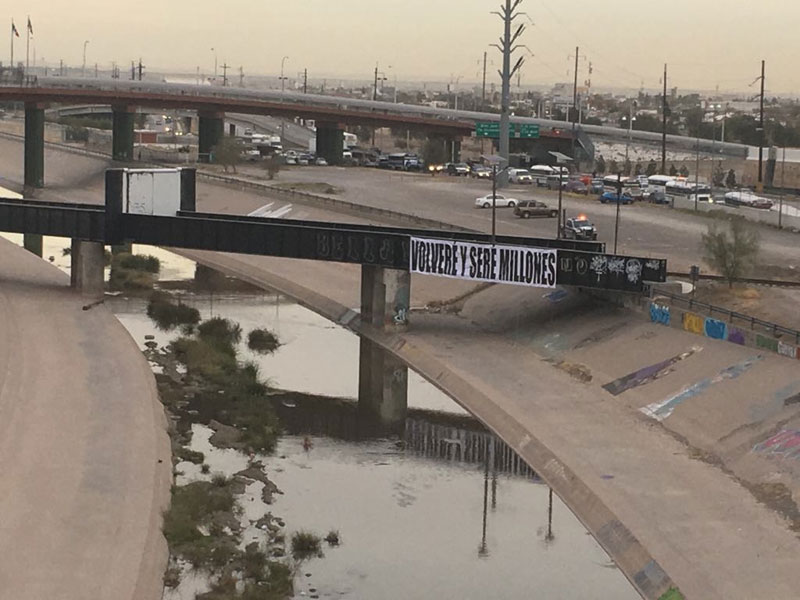 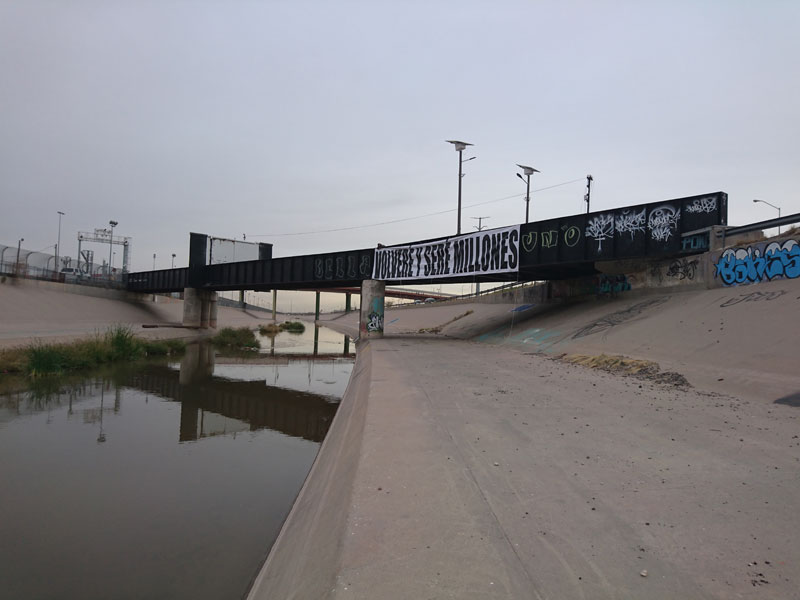 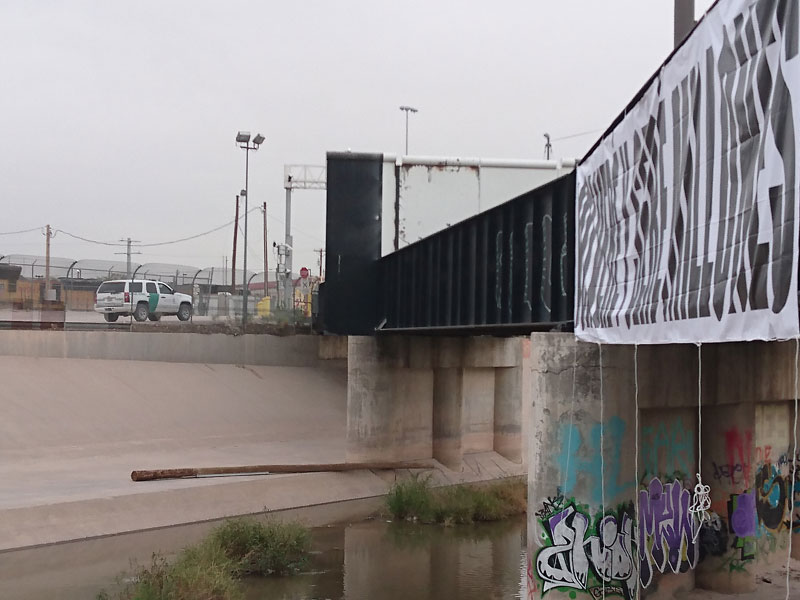 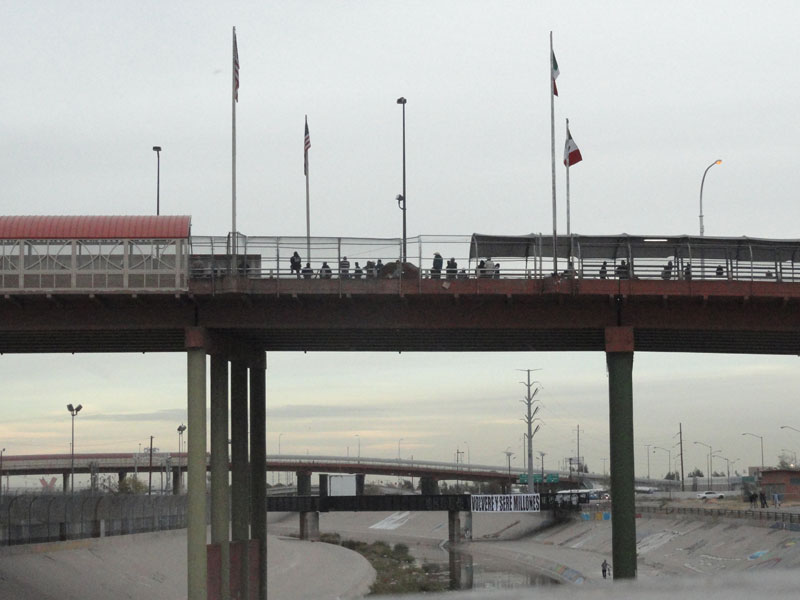 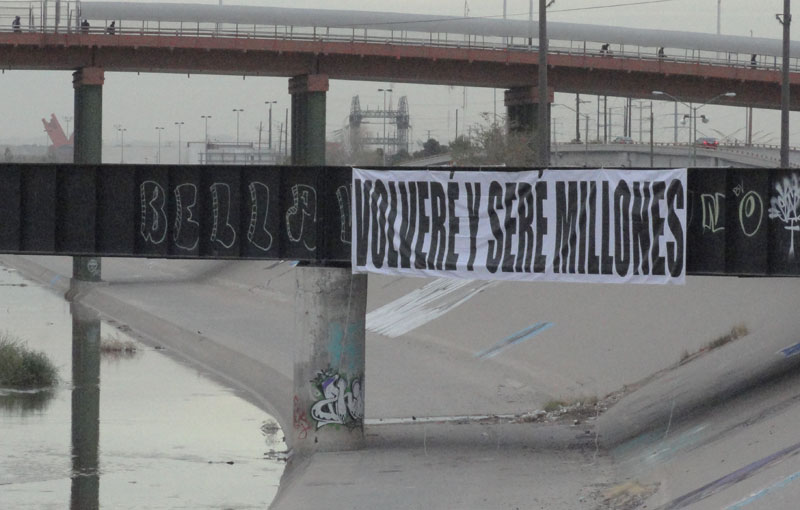