Three dump trucks (partially loaded with rubble) and contact microphones. The microphones amplified the sound of rubble moving in the truck beds, either through falling as the beds were raised or being pushed back by construction workers. The work underlines the idea of futility and waste, as the energy spent to move the rubble around to create the sounds is repetitive and pointless, a simile of recent sociopolitical processes in Mexico. 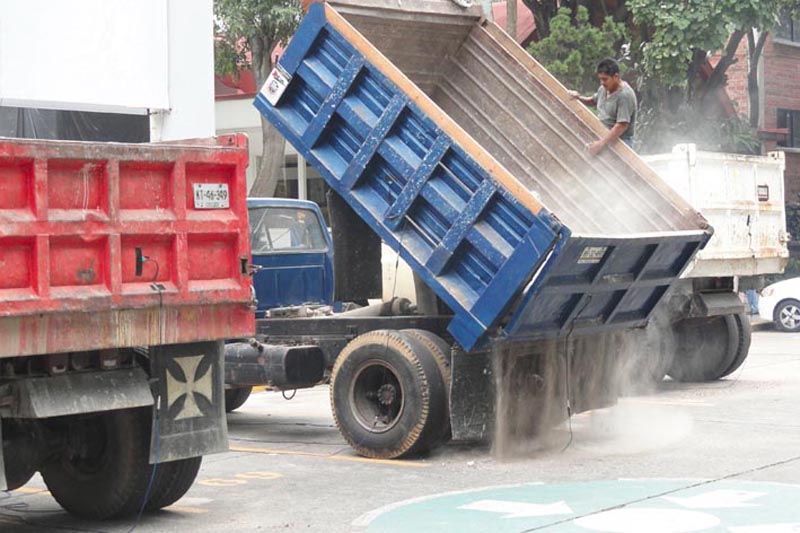 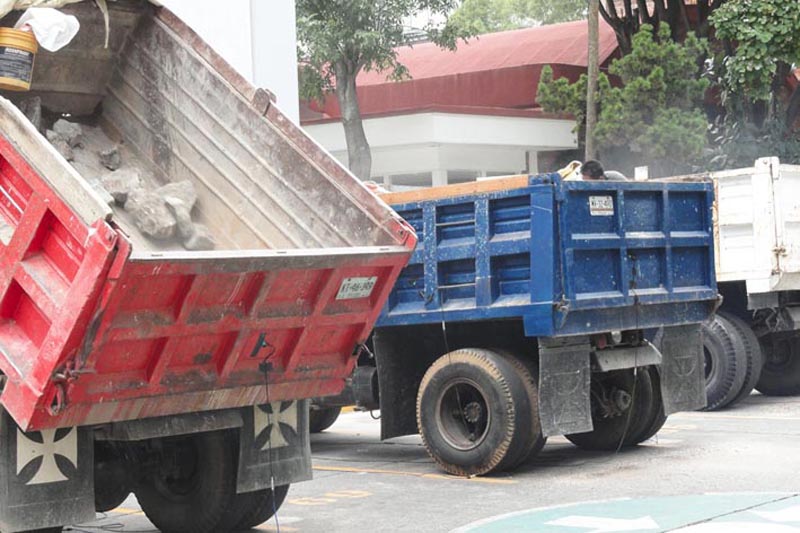 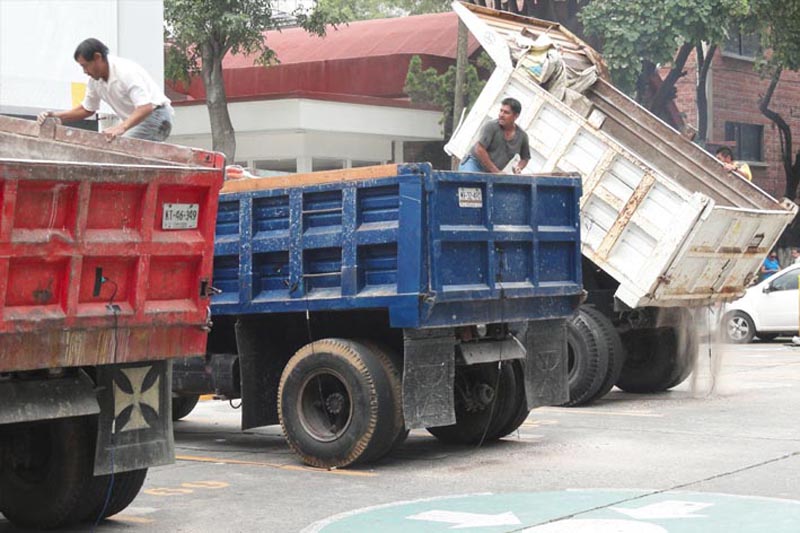 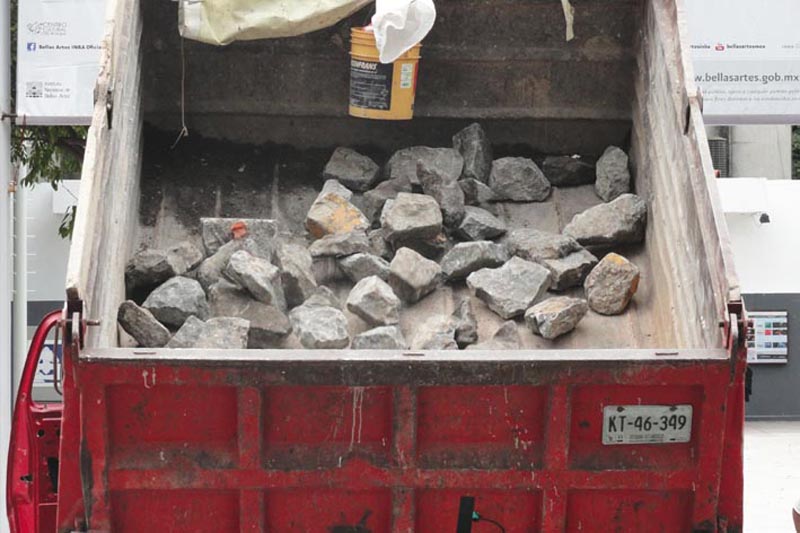