What comes from outside is reinforced from within. 2008

Action – intervention done at MeetFactory, Prague.
Seven concrete blocks (normally used to build temporary roads) were placed within the exhibition space, aligned with its seven windows. A skip loader was used to do it, and it remained in the room. From the outside an excavator broke the windows to enter its arm and to “draw” on the blocks, scratching them with its shovel. The skip loader moved the scratched blocks to one corner of the room. The action repeated with each block. At the end a ruinous landscape remained, traces of the process occurred.

Reflection on the external aggression and his support from inside, in reference to the Soviet invasion of Prague in 1968 and the controversy about the U.S. intention to install early warning radars in Czech Republic. 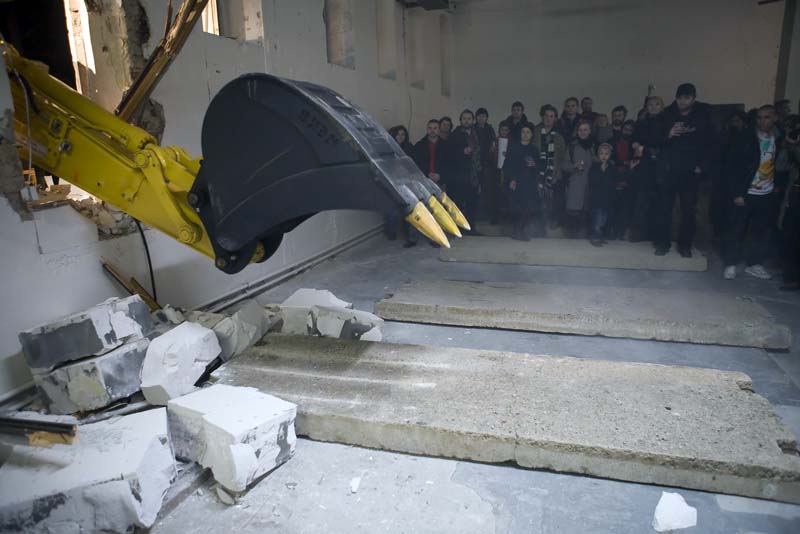 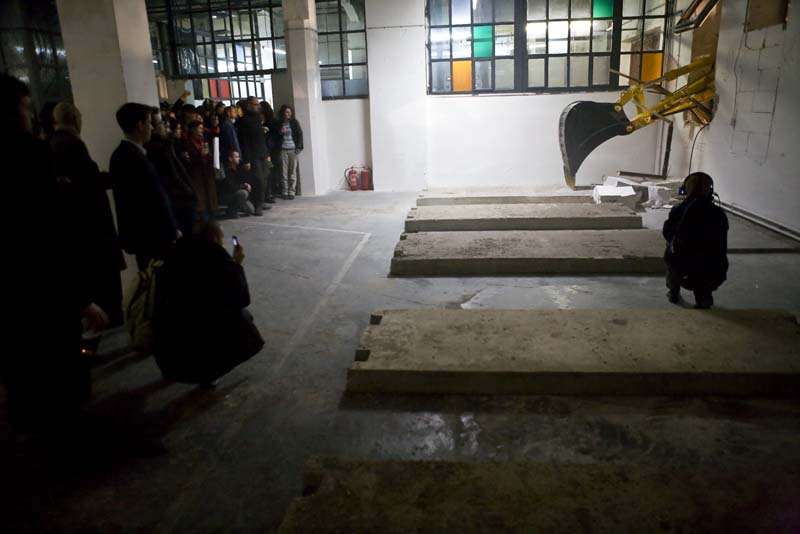 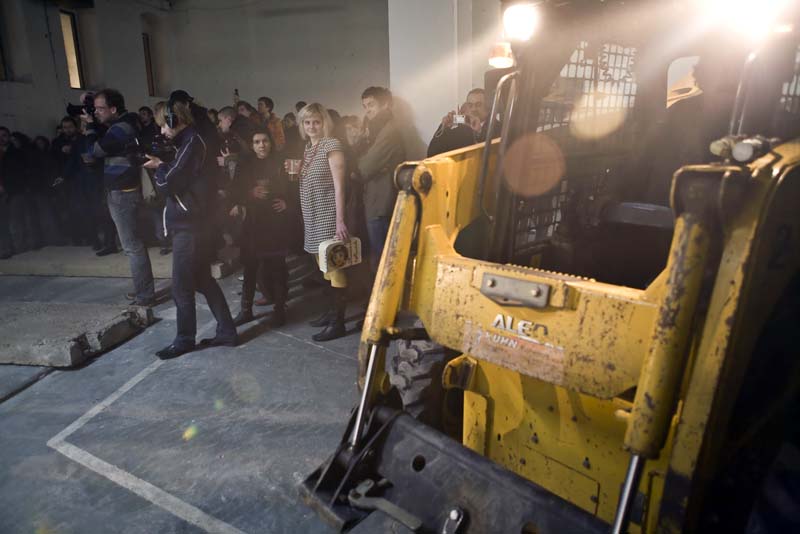 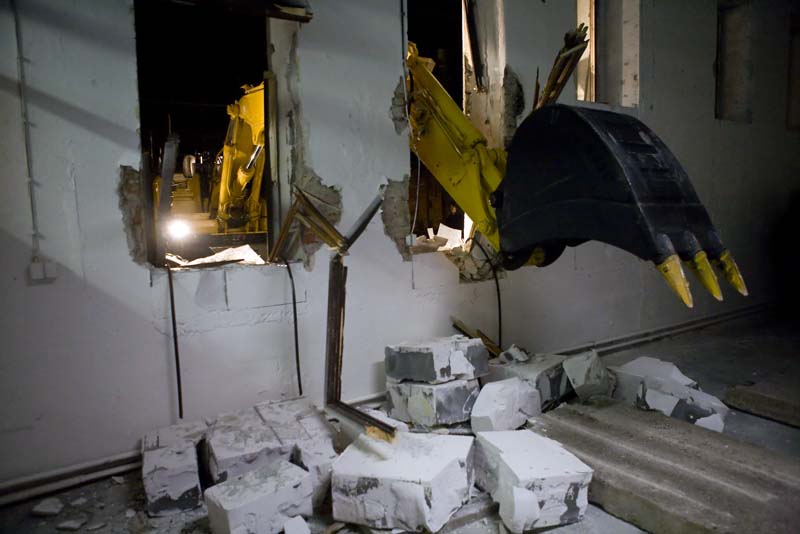 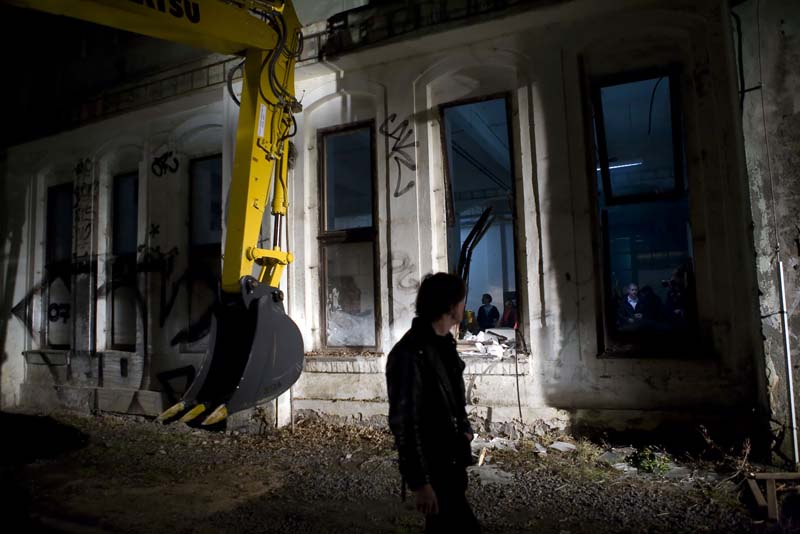 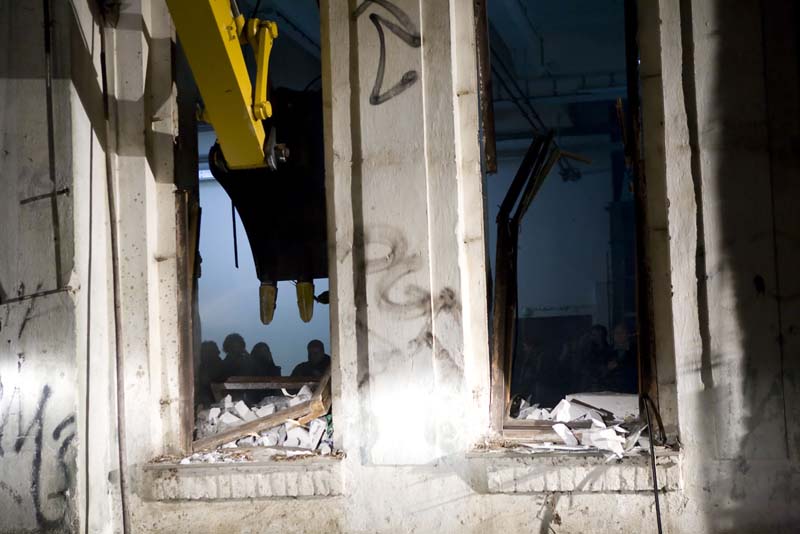 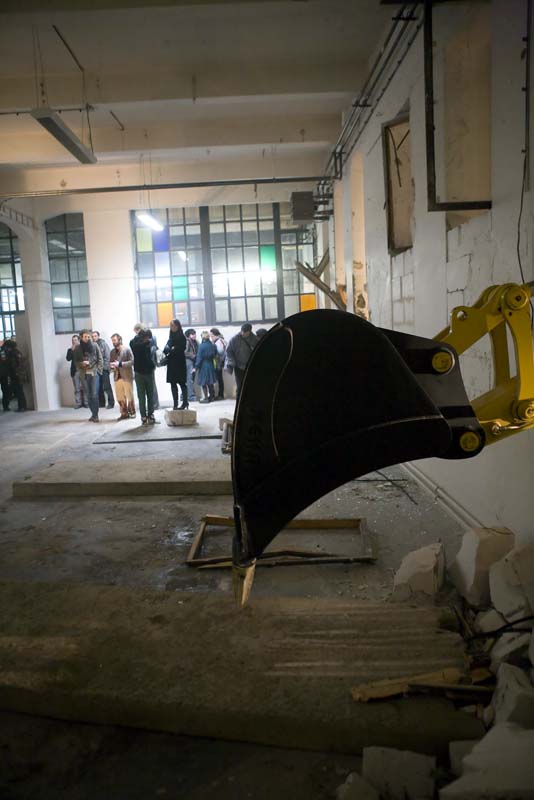 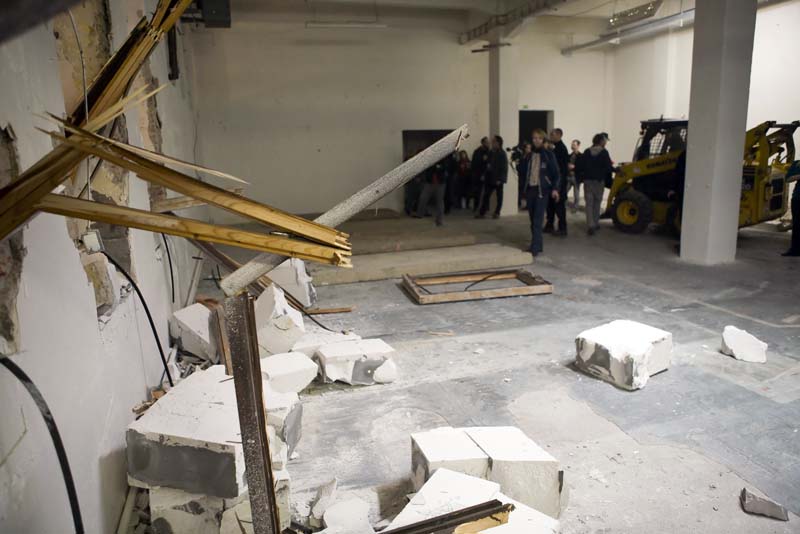