Plans of the major Serbian airports bombed by NATO in 1999, carved on plasterboard and placed over easels as “mapping tables”, each including a small monitor with a video edited from declassified intelligence images of the actual NATO bombings of those same airports.

Integrating traditional and new media, this work refers to the Kosovo War (1999), in which NATO carried out real military operations (for the first time in its history) against targets in Serbia, while referring to military systems of reconnaissance and surveillance (intelligence), to the distancing and objectification of situations of extreme violence and destruction that are transformed into mere quantifiable data. 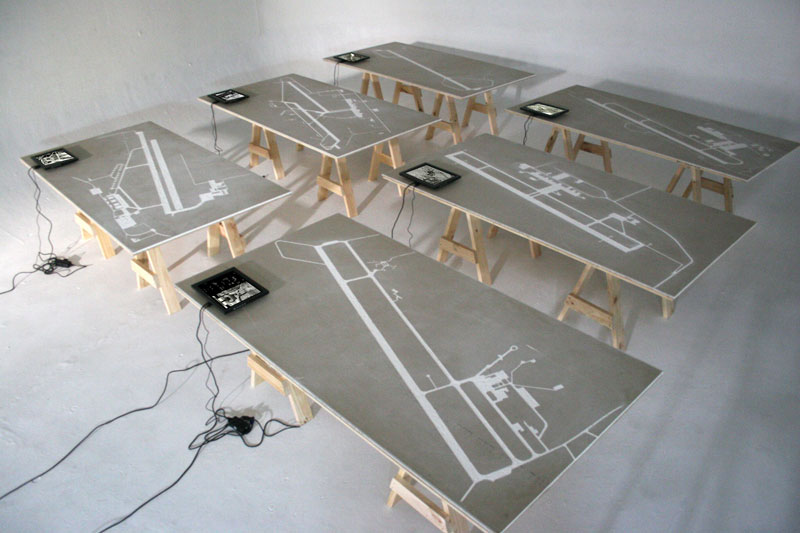 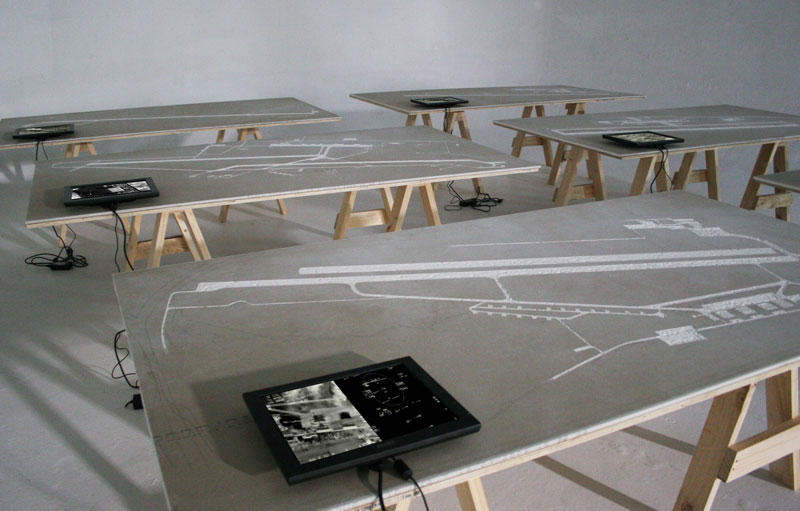 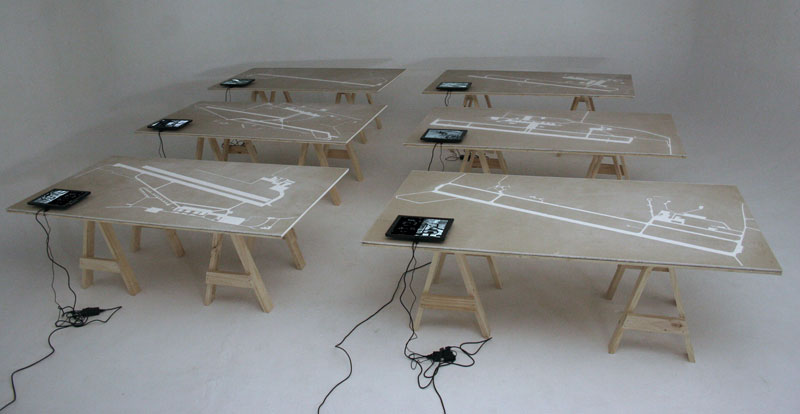 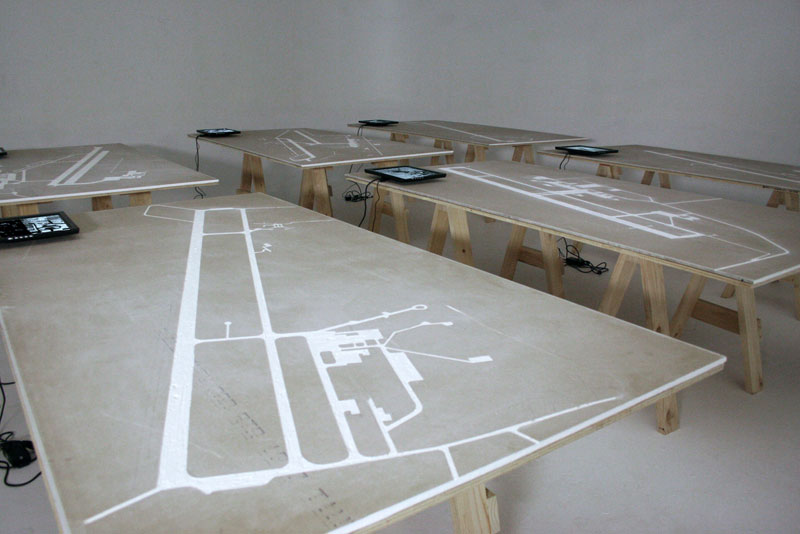 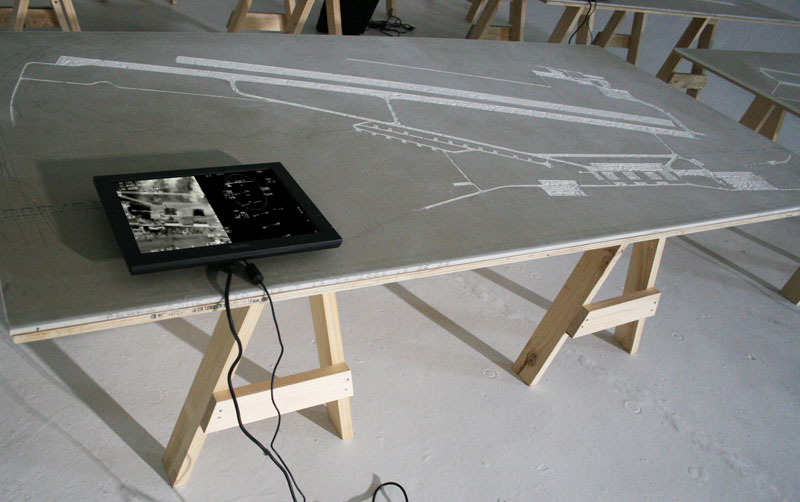 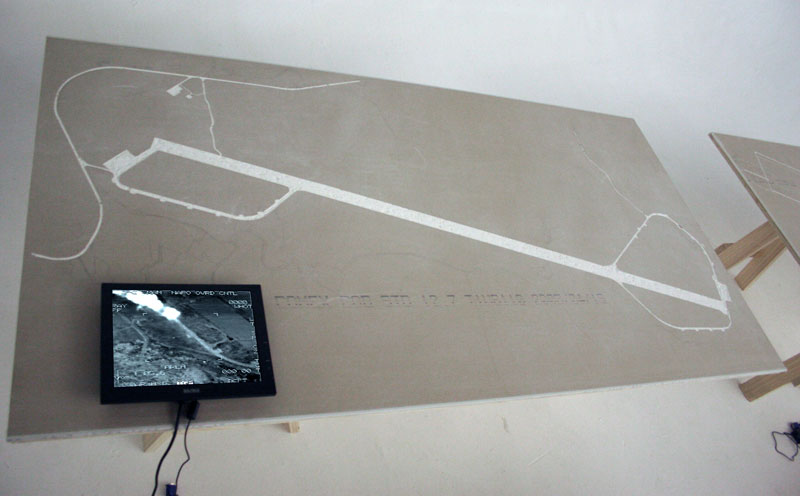 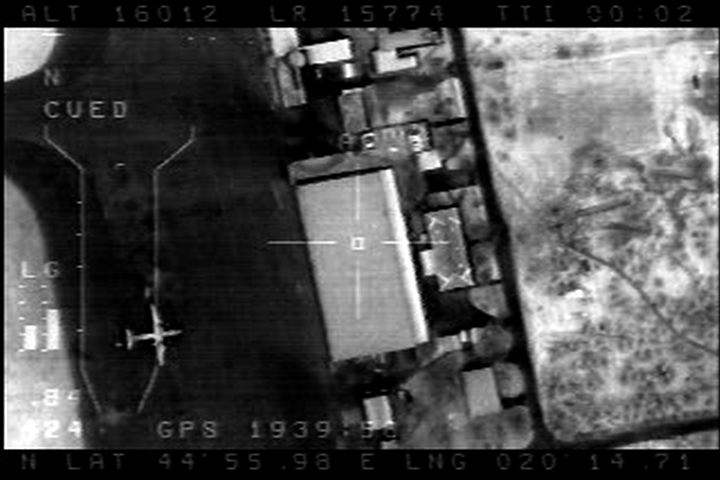 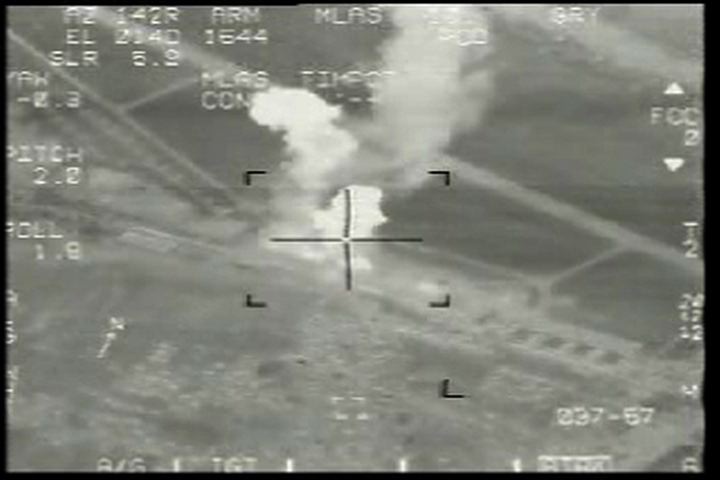 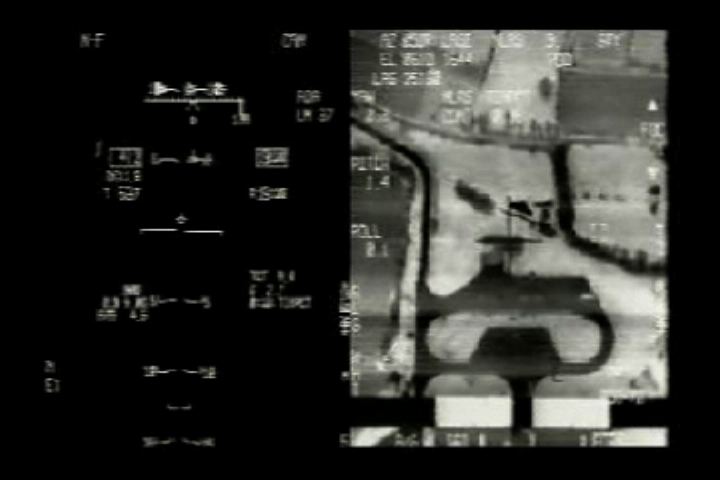 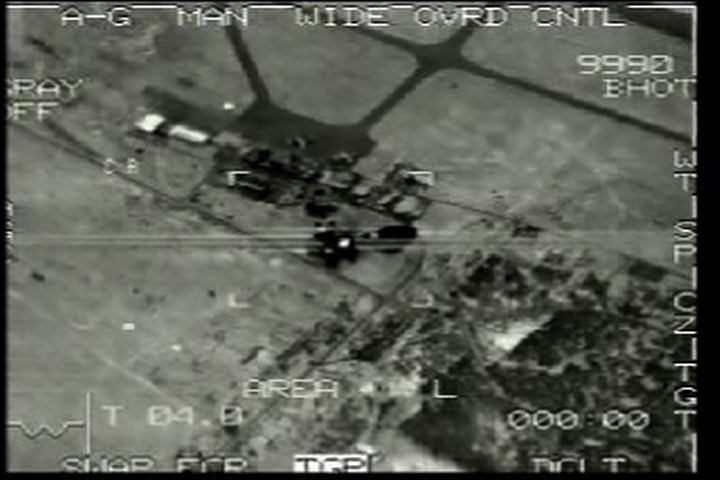 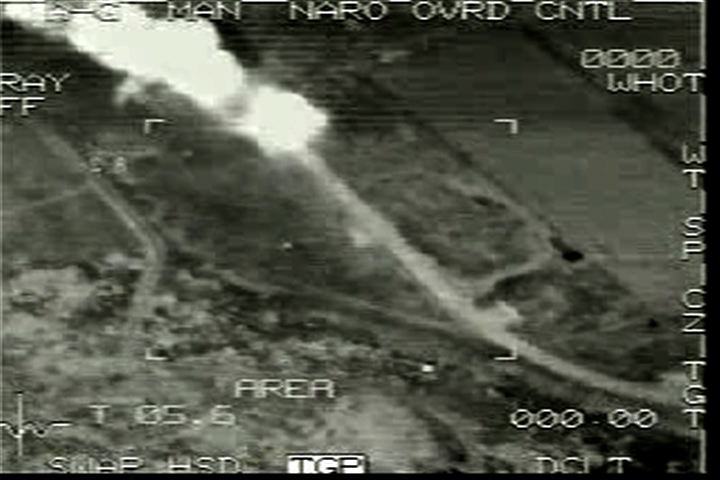 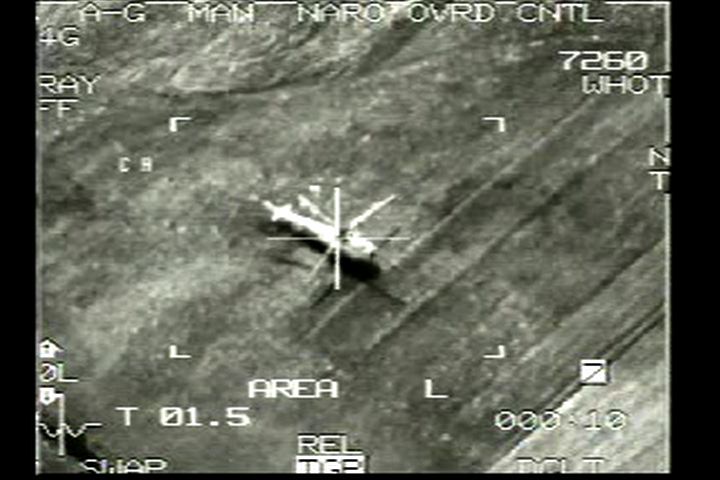