The contradiction implied in immobilizing armored vehicles by defeating their main purpose –being able to move- addresses the control that society should exert over the military, as well as the subordination of small countries to Super Powers. This piece was made while a heated debate over Solvenia having an army was taking place. As a matter of fact, the city’s government opposed the project and did not give the permits needed to present it in a public space. Finally, the work was made in front of the Museum because that area is under a different jurisdiction. 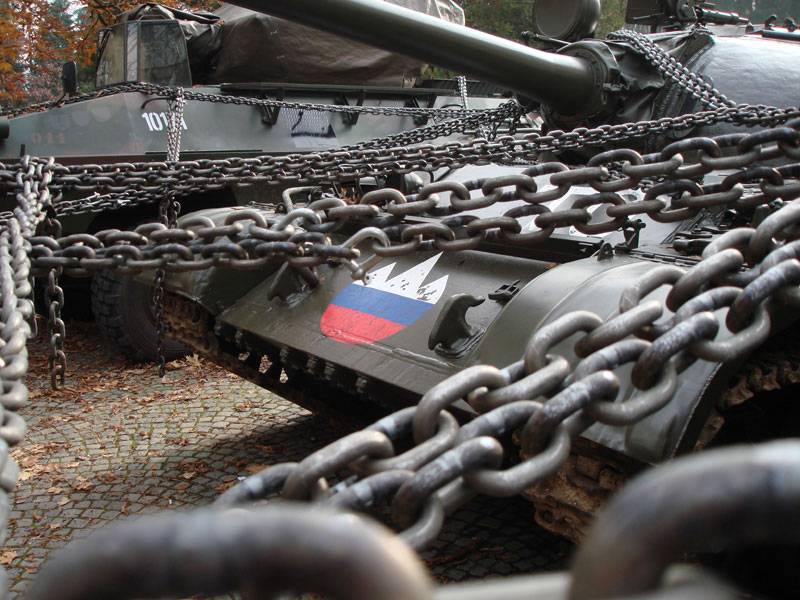 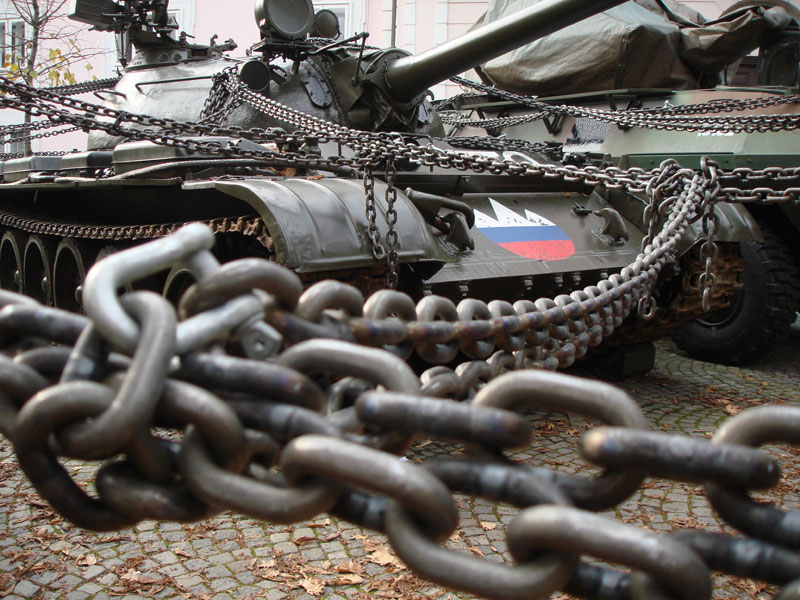 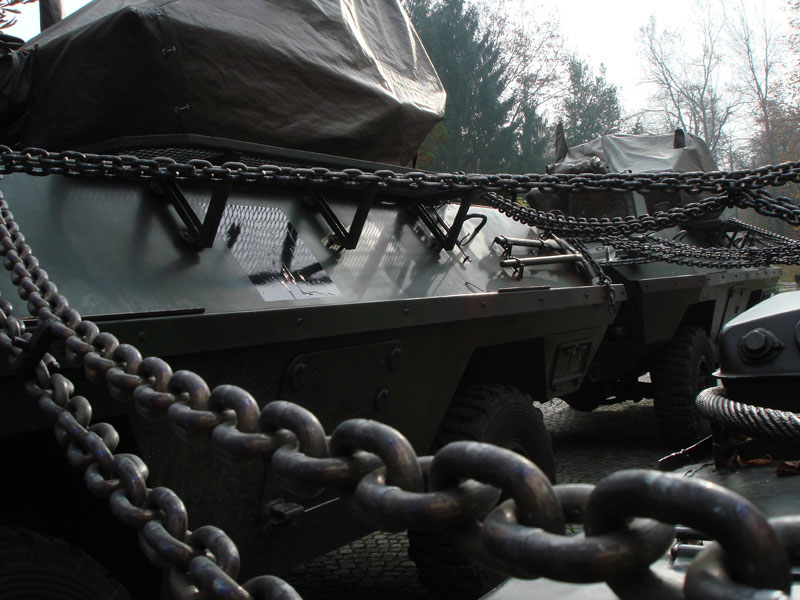 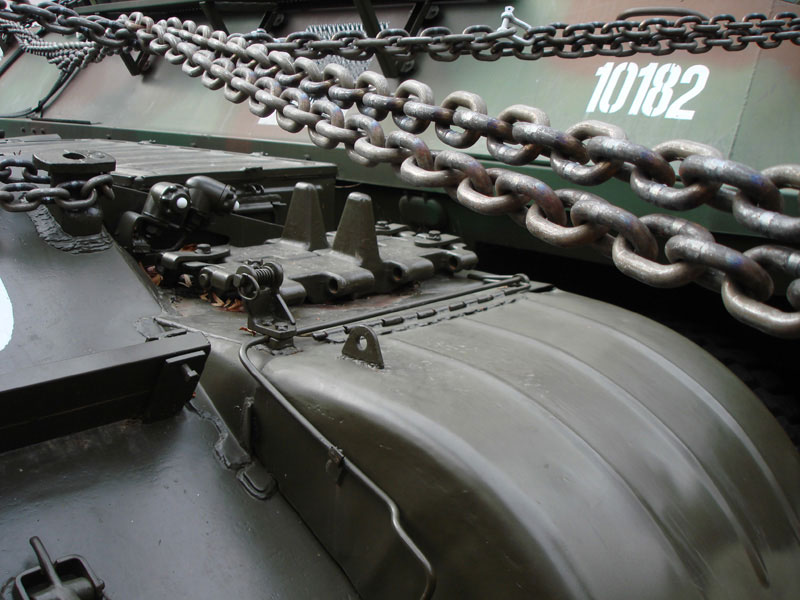 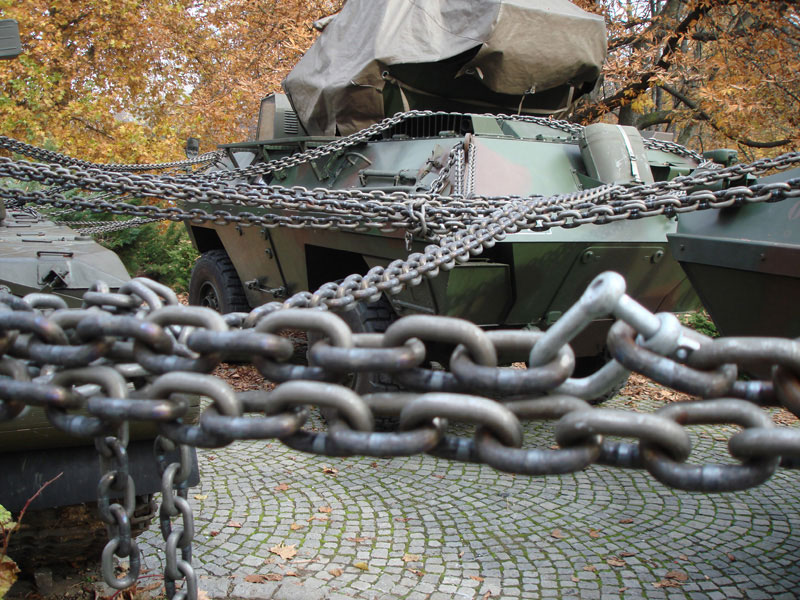 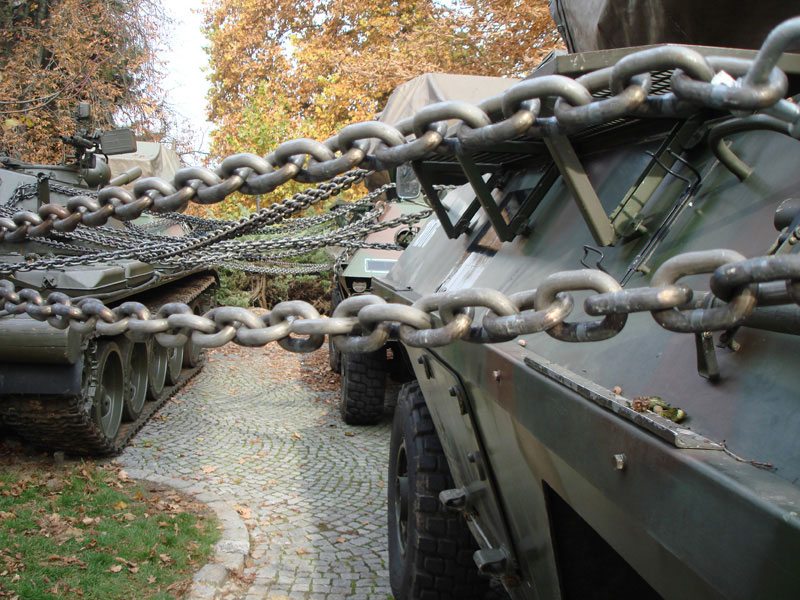 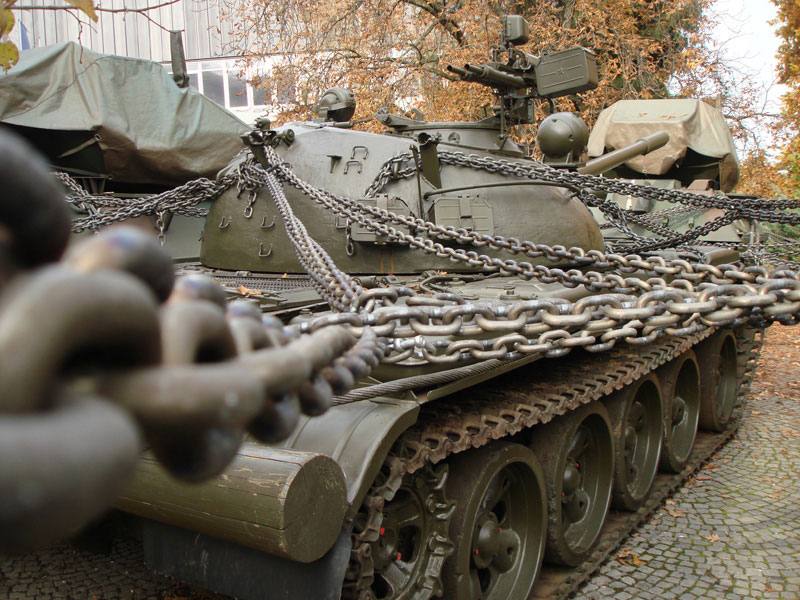 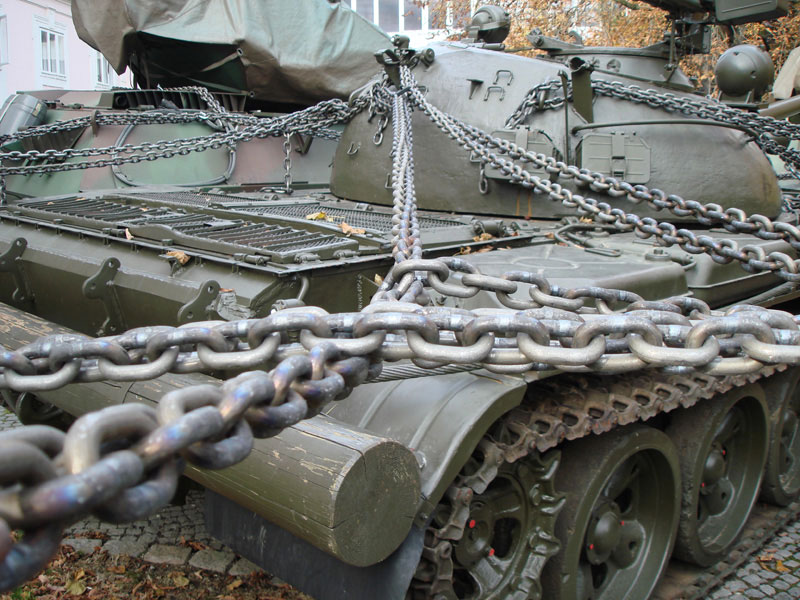 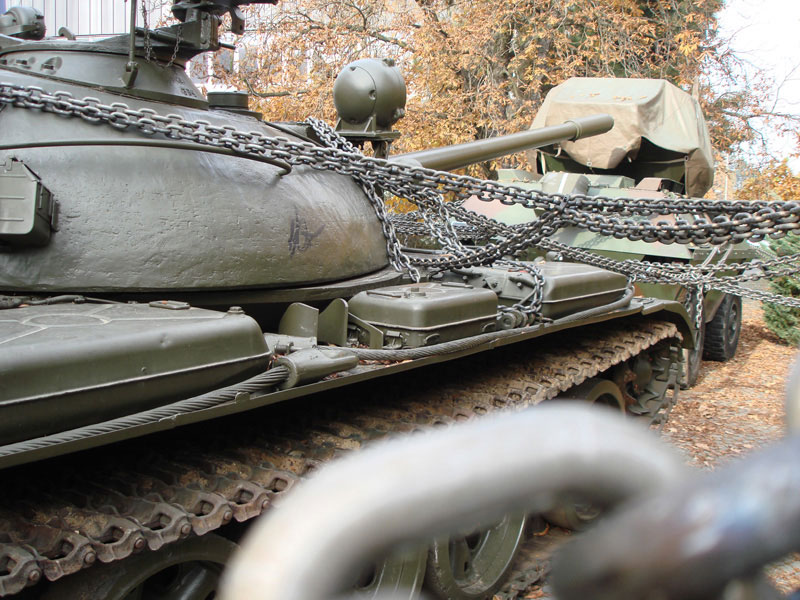 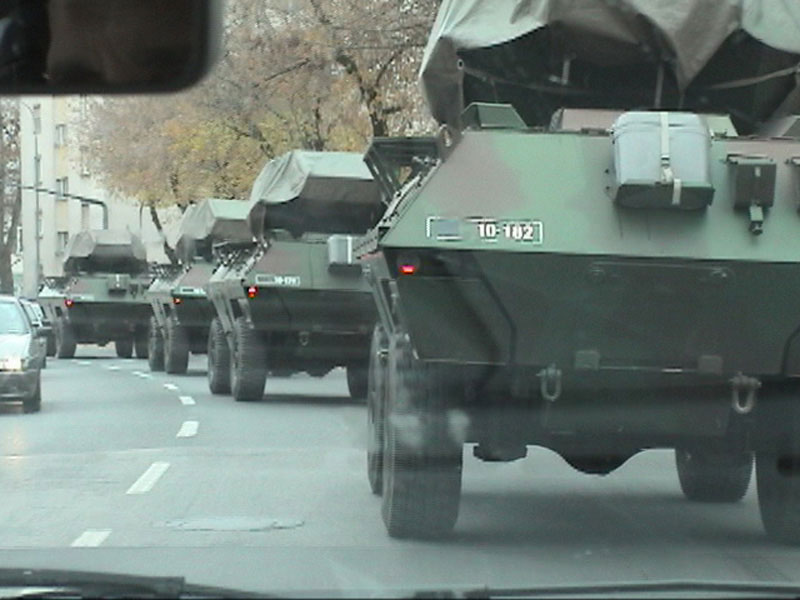 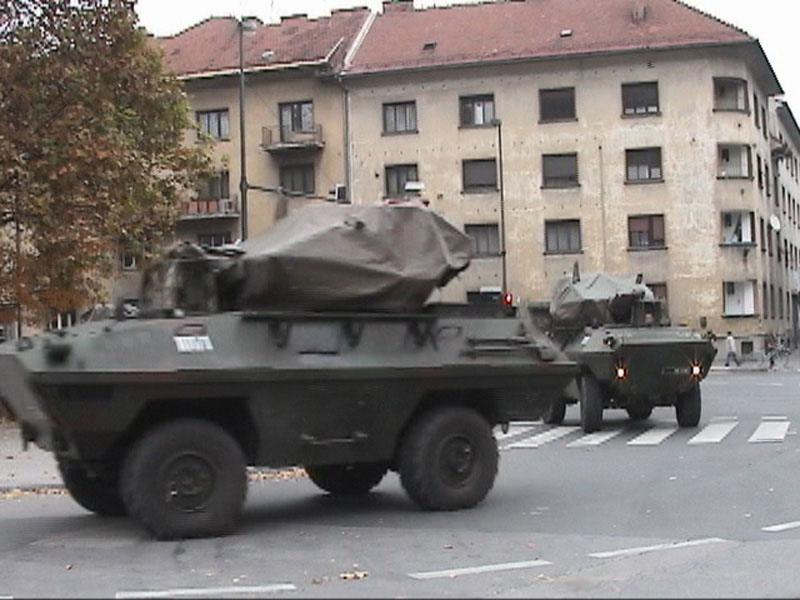