Action: An anti-riot police squad in formation entered the museum continuously beating their shields with their truncheons and marching forward to force the audience into a corner. At some point the policemen were ordered to leave the venue.

The deployment of a real intimidation technique was not just a reference to repressive political systems in general, but to the Mexican political situation in particular. It also suggested a confrontation between the institutions involved in the piece: Security, Culture and Religion (the Museum is a sixteenth-century Catholic Church). 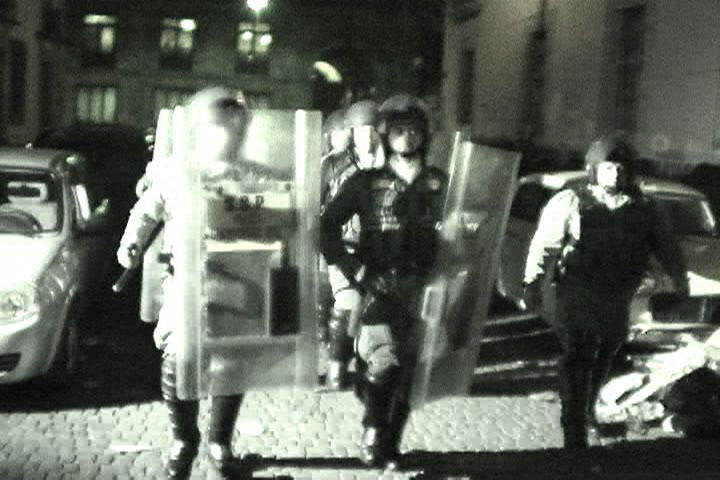 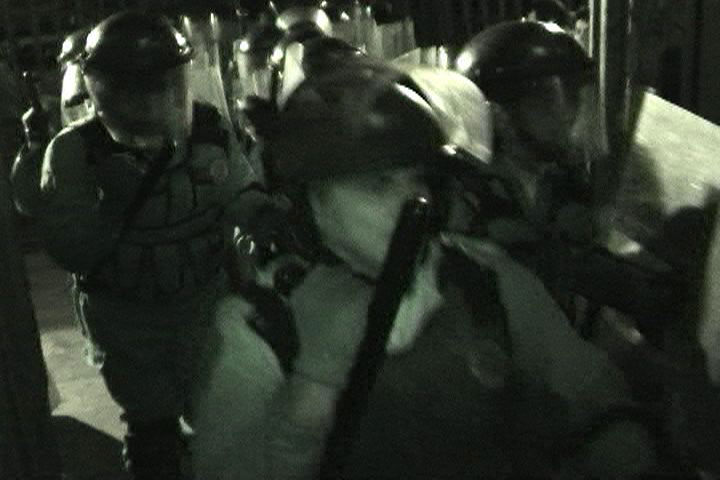 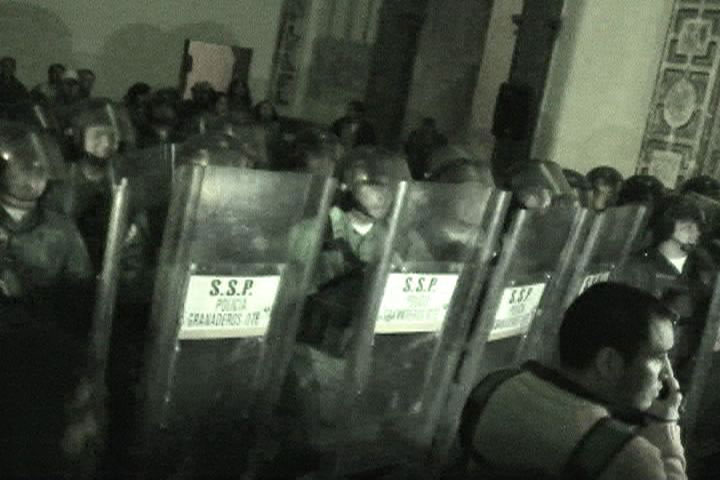 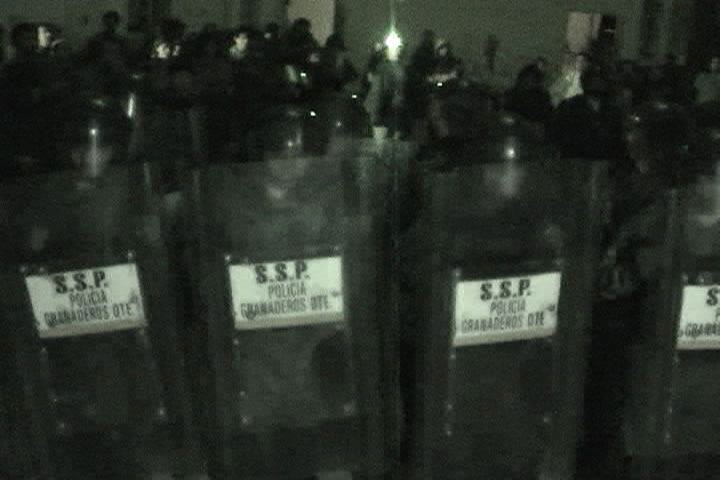 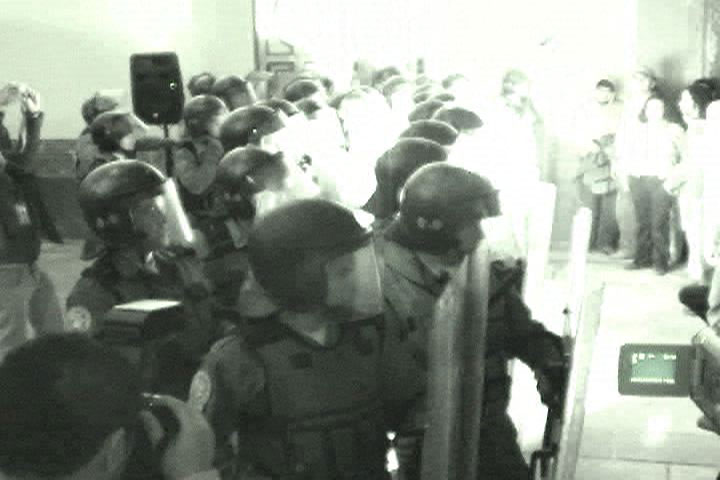 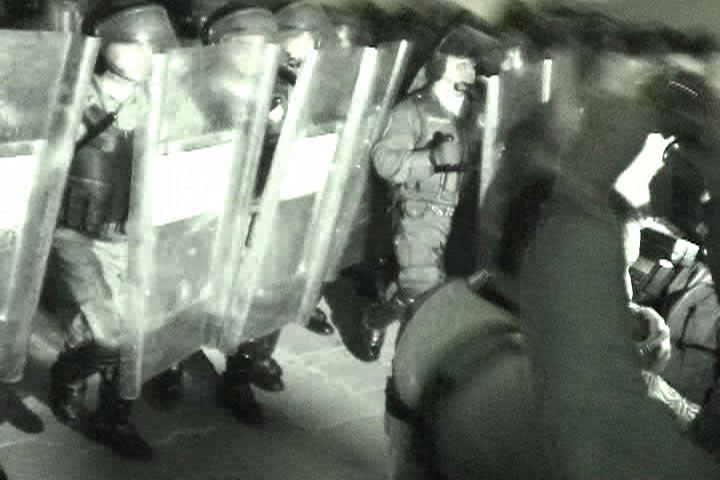 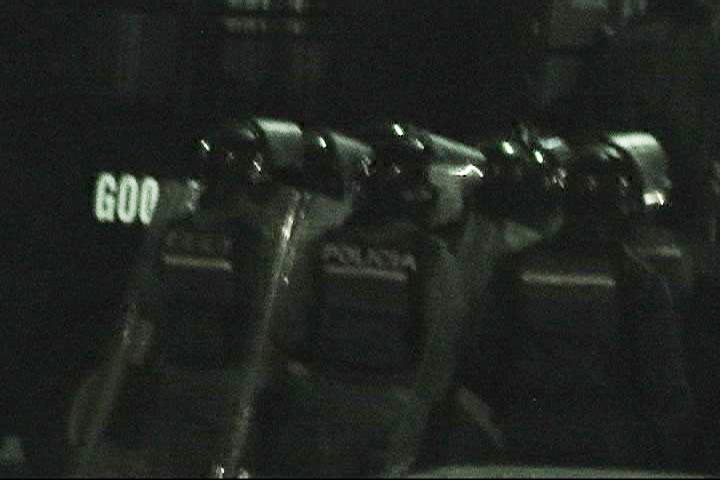