Intervention into the gallery space consisting of two moments: The partial demolition of the front of the gallery and the extraction, carried out by specialized workers, of part of the inner wall of the gallery in order to cover the hole in the façade.

Particular accidents and details were generated by the production needs of this twofold process, which involved both a mere display of brutal force, and a highly rationalized and structured procedure.

Wrecking a place and then wrecking another just to fix the first one is a direct reference to unplanned governmental policies that end up needing corrections or compensation, which in turn, does not really solve the problem but creates more trouble elsewhere. 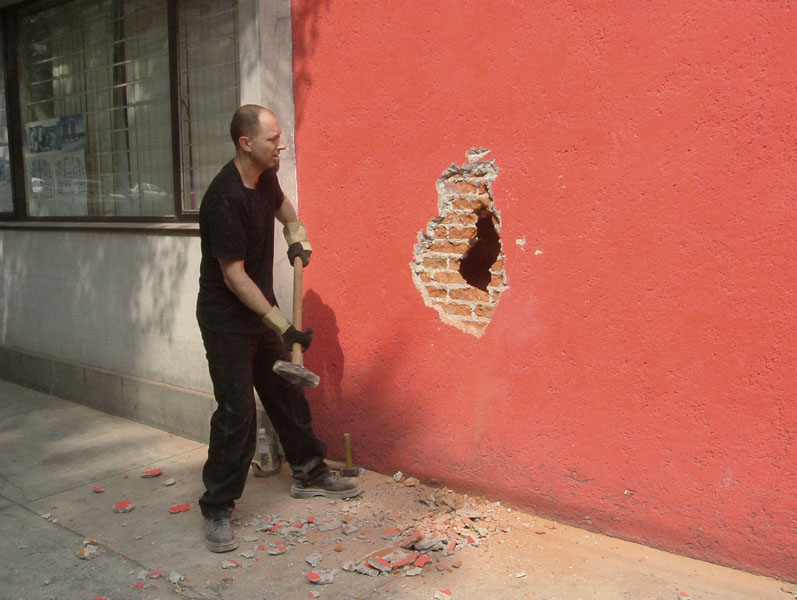 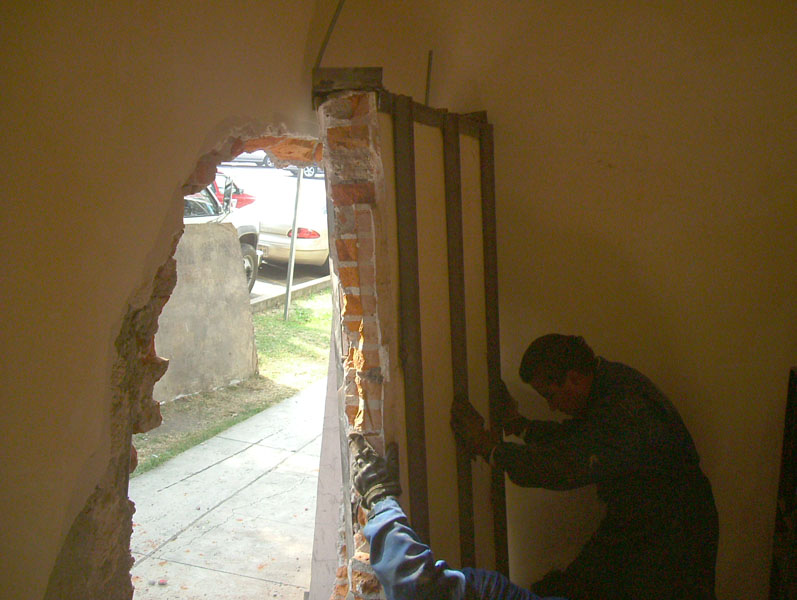 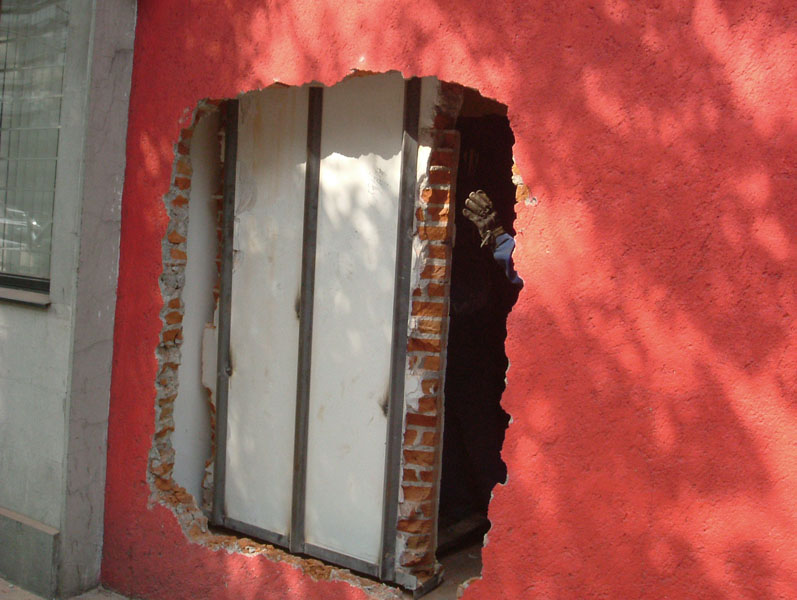