Architectural intervention in the basement of MUCA Roma, Mexico City.
Four hand-made right-angle canals cut into the floor of the basement. Each canal was made by a construction worker who had to leave the place once his work was done, and was not allowed to help the others. As each worker advanced in his task, the four angles came together in the shape of a swastika.
This piece addresses recent history by making a direct allusion to the atrocious Nazi irony of placing the slogan used as a title for this piece at the entrance of concentration camps, but it is also a comment on the way in which big corporations currently exploit workers to the point of abjection and slavery. 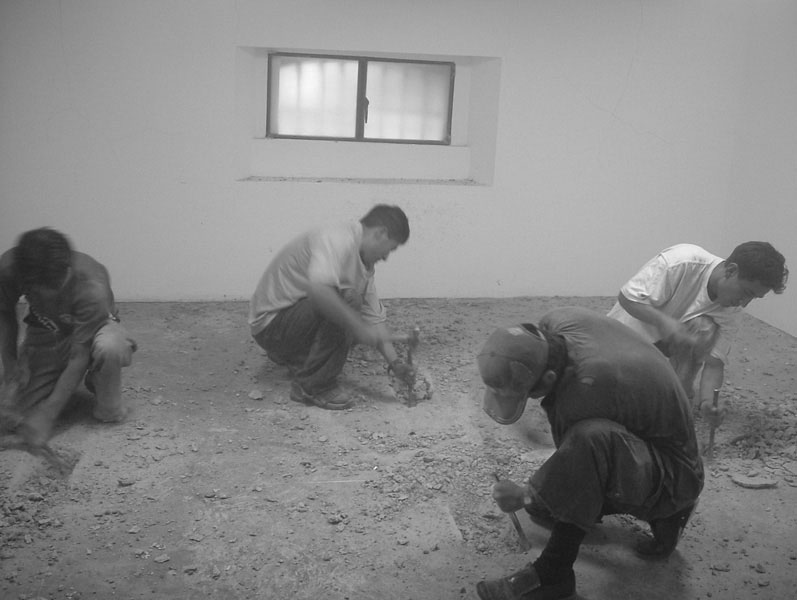 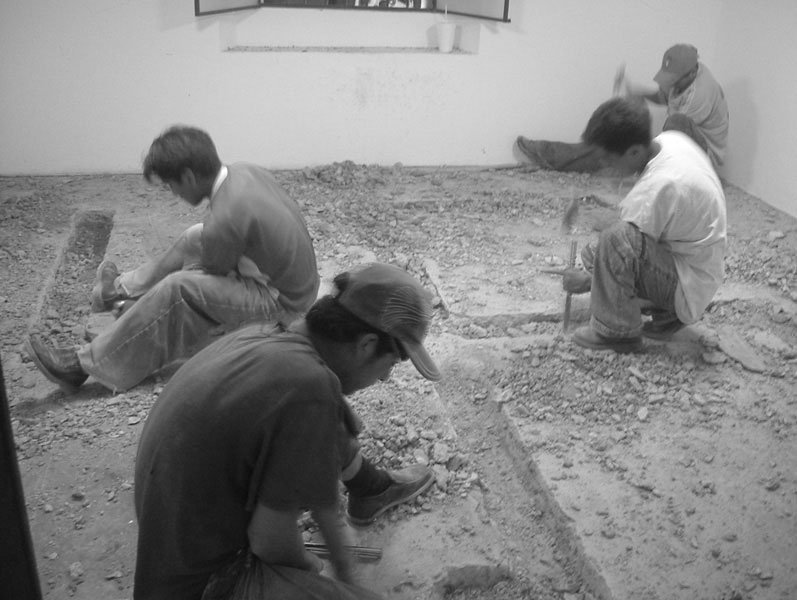 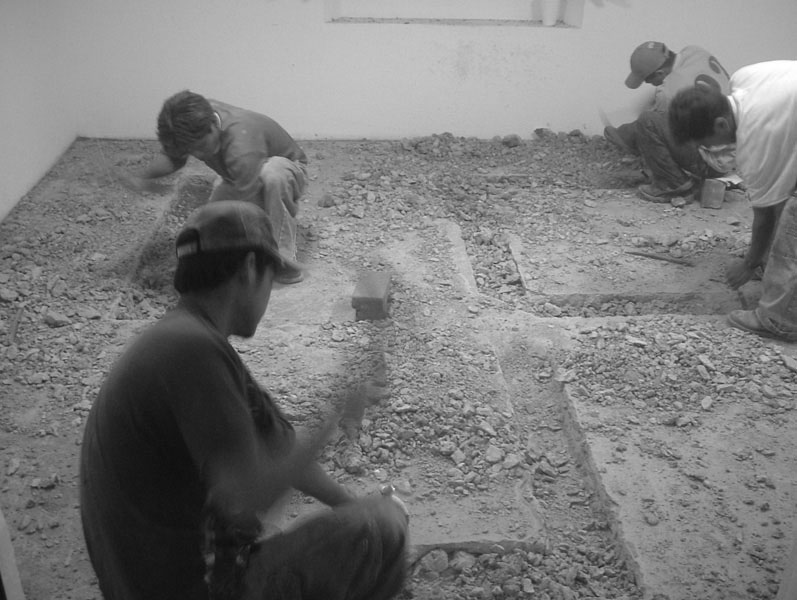 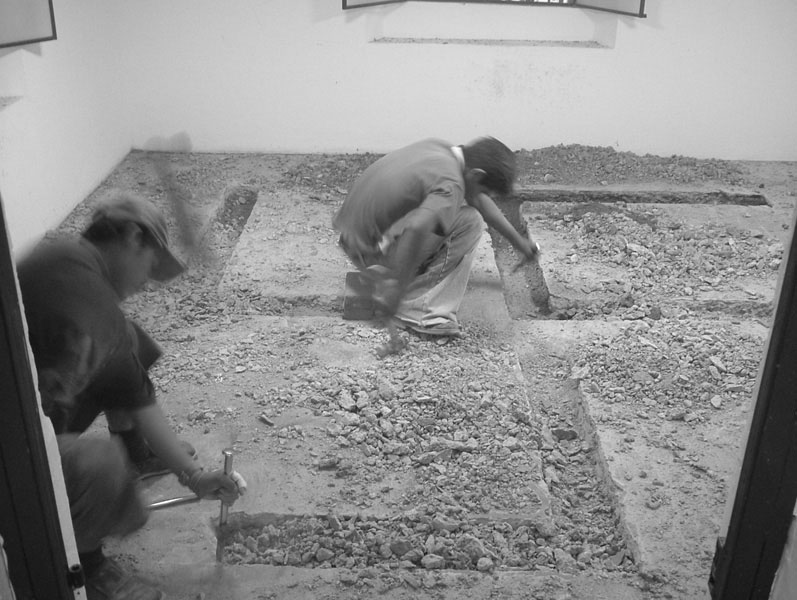 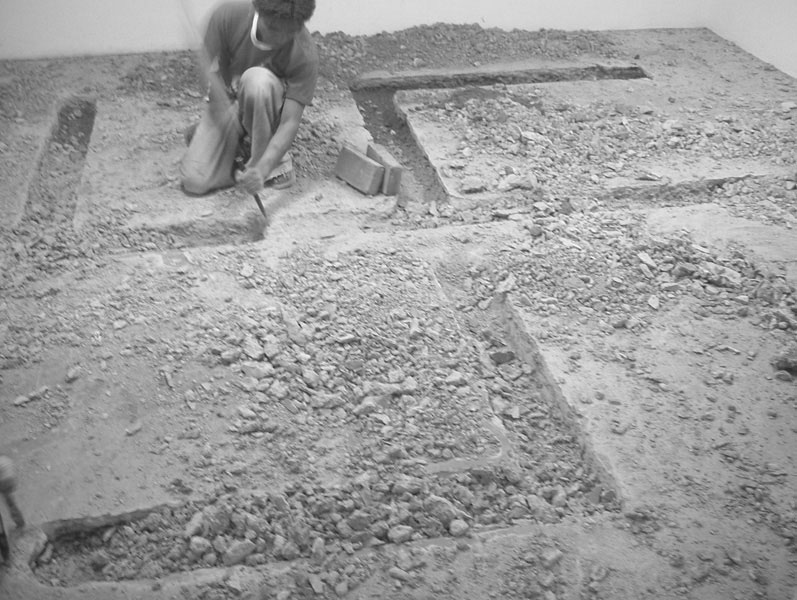 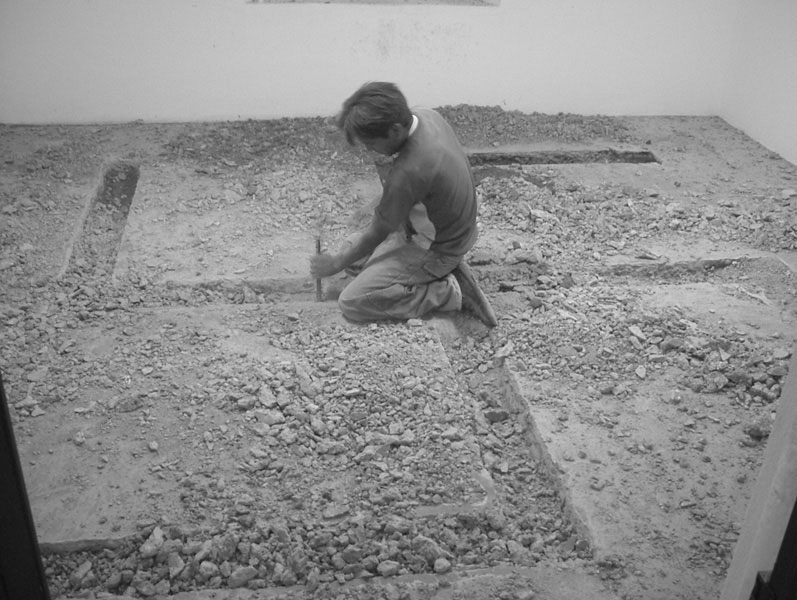 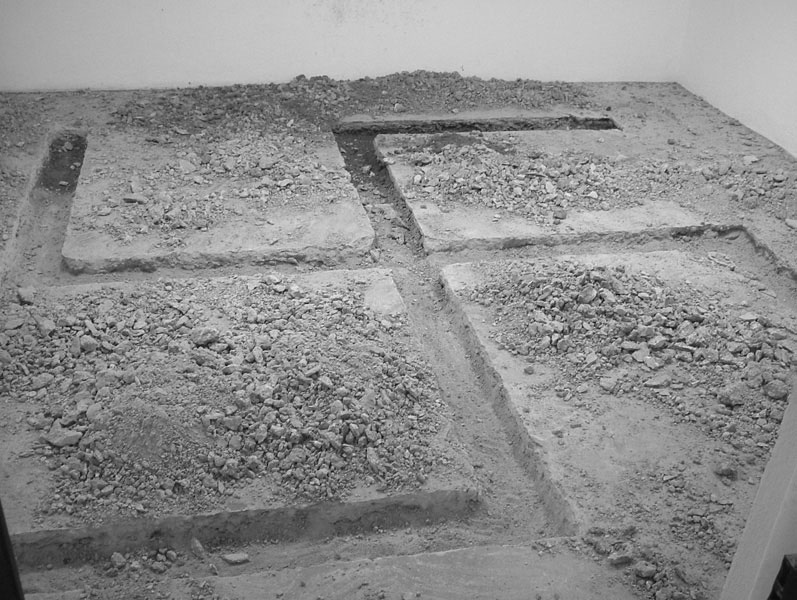