Three channel video-installation (two projections and one channel in three monitors) with sound.
Images of a piece of meat being manipulated are shown along other black and white pictures of police activity. The monitors display a sequence of cartridges jumping from a shotgun followed by a series of brief sequences of war scenes from documentary films. When put together, they create a narrative meant to resemble the management of information by the media. 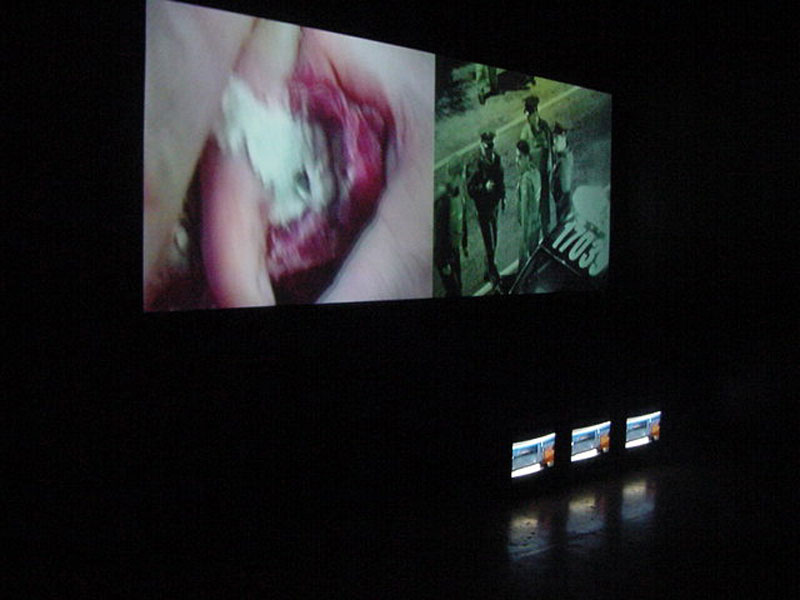