Installation-performance, Ex-Teresa Arte Actual, Mexico City.
Two backhoes equipped with hydraulic hammers  (driven by specialized operators) confront each other. While the backhoes stay still each hammer tries to do a beat sequence by hitting the other (tip against tip) while eluding the blows of its opponent.
In this work, the brutal movement of the machines becomes an image of human brutality. When these machines are taken out of their usual context, construction sites where they go unnoticed, they remind us of the postmodern boom of robotics, and pseudo-robotic activity becomes a parody of human activity. It is a mechanical reference to a sexual clash, to a macho competition, combat, and war. 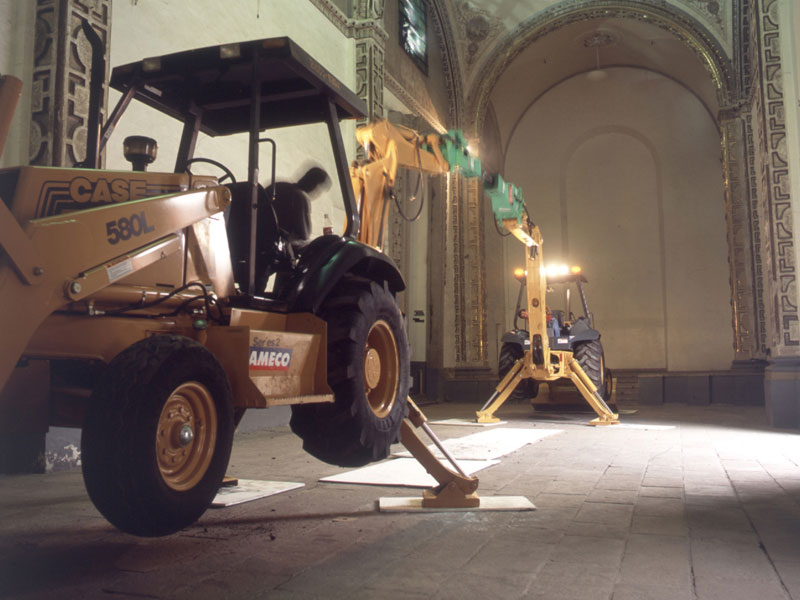 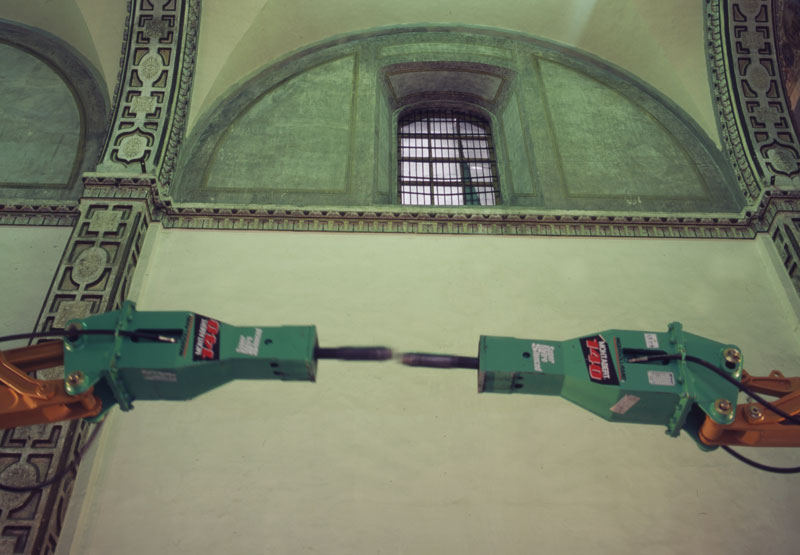 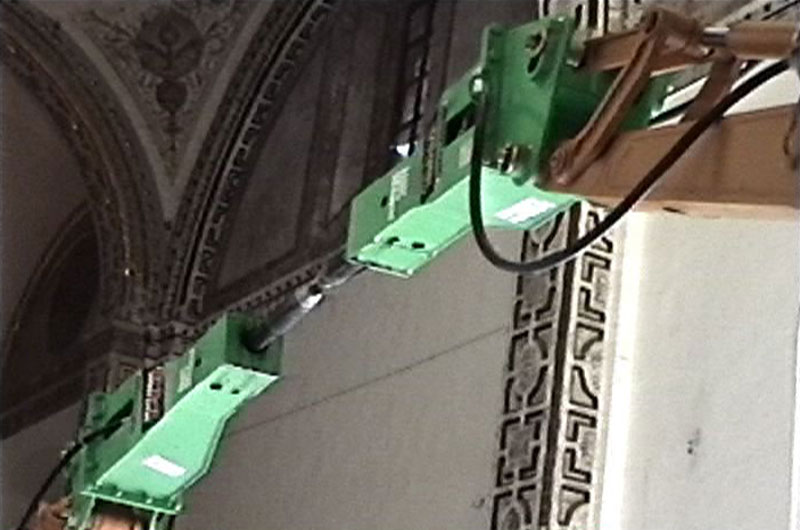 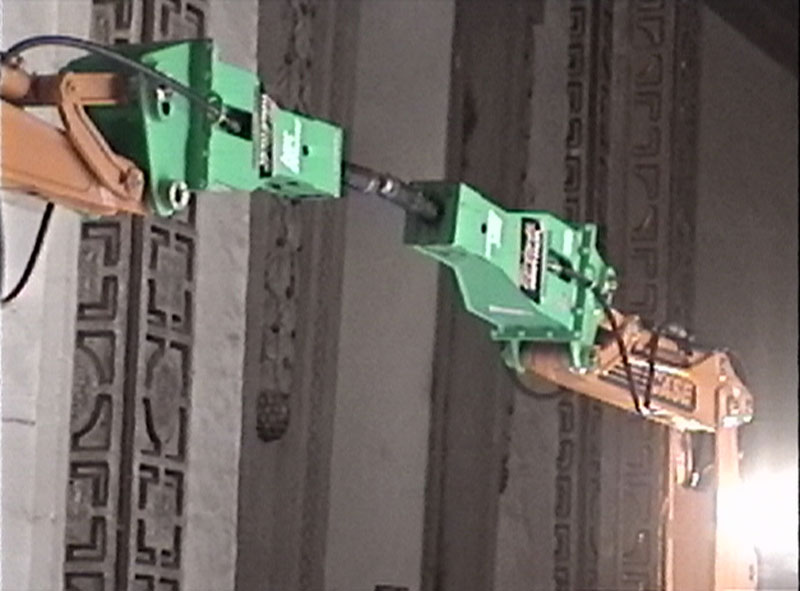 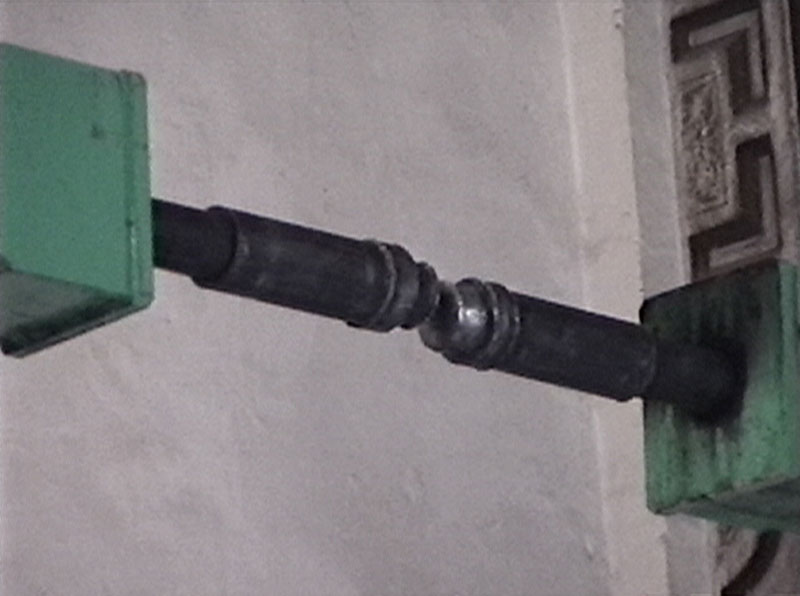